In September 2016, the State of California passed a law that allocated $1.2 billion to create a cap and trade program to reduce Greenhouse Gas (GHG) emissions.  The California Natural Resources (CNR) Agency was allocated $80 million to fund green infrastructure projects that reduce GHG emissions.  The CNR Agency is creating an Urban Greening Program to fund grants to cities, counties, and other entities such as non-profit organizations in URBAN settings.  75% of the funding must also be spent in economically disadvantaged communities.

These grants must reduce GHG emissions using at least one of these specific methods:

Clearly, planting trees is one of the primary objectives of this grant program.  That sounds like good news for the environment and everyone who lives in it until you read the draft program guidelines which are available HERE.

Unfortunately, as presently drafted, the grant program will NOT increase California’s urban tree canopies, because the program requires the planting of “primarily” native trees.   That requirement is explicitly stated several times in the draft guidelines, but there are also places in the draft where the reader might be misled to believe the requirement applies only to plants and not to trees.    Therefore, I asked that question of the CNR Agency staff and I watched the public hearing that was held in Sacramento on October 31st.  CNR Agency staff responded that the requirement that grant projects plant “primarily” native species applies to both plants and trees.

The good news is that the grant program guidelines are presently in draft form and the public has an opportunity to comment on them.  If you agree with me that we need our urban forest, you will join me in asking the CNR Agency to revise their grant program guidelines to remove restrictions against planting non-native trees.   Public comment must be submitted by December 5, 2016.  Send comments to:  Urban Greening Grant Program c/o The California Natural Resources Agency Attn: Bonds and Grants Unit 1416 Ninth Street, Suite 1311 Sacramento, CA 95814 Phone: (916) 653-2812, OR Email: urbangreening@resources.ca.gov Fax: (916) 653-8102

Here are a few of the reasons why limiting trees to native species will not increase tree canopies in urban areas in California:

Draft guidelines for the Urban Greening grants refers applicants to the California Native Plant Society for their plant palette (see page 24 of guidelines).  If applicants use this as the source of their plant palate, they will find few trees on those lists.  This is another way to understand that if you want trees in California, most of them must be non-native.

Most California native trees are not suitable as street trees because of their horticultural requirements and growth habits. 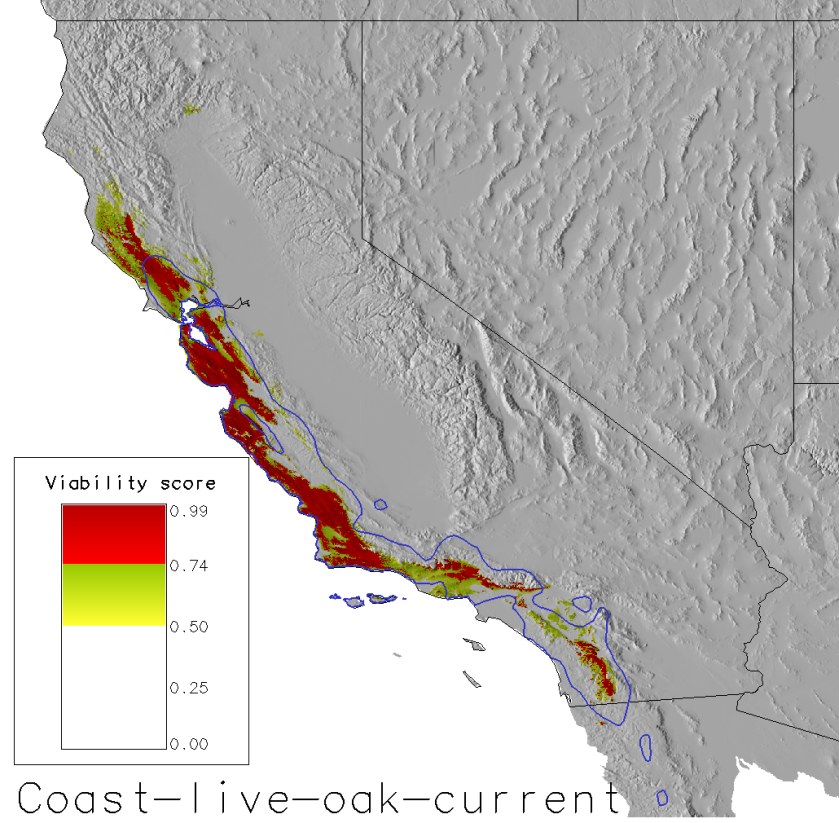 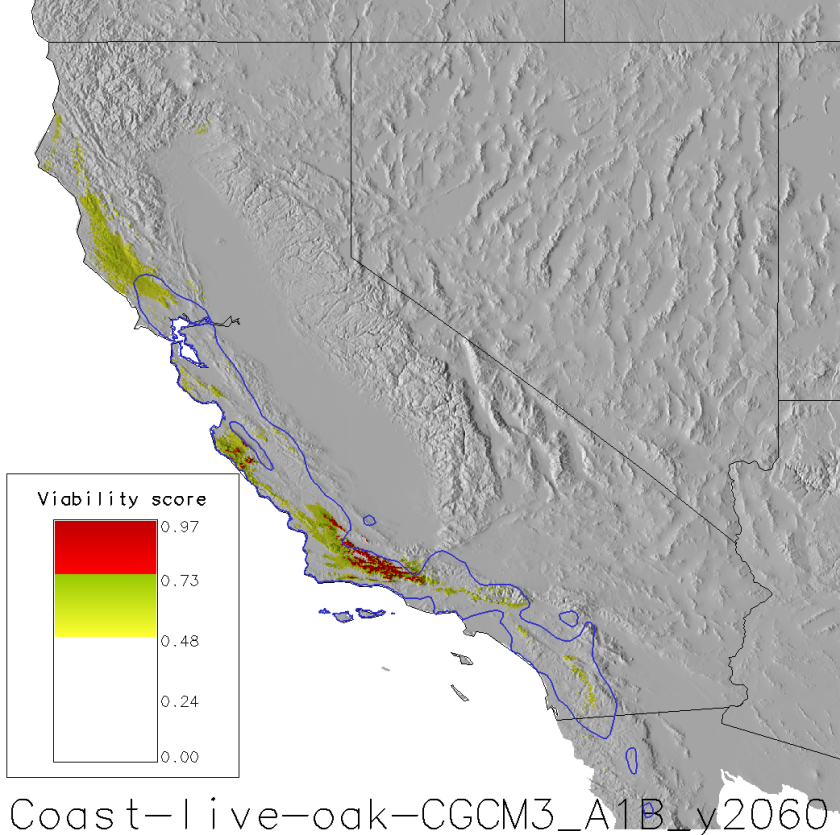 Climate change requires native plants and trees to change their ranges if they are to survive.  One of the indicators of the impact of climate change on our landscapes is that 70 million native trees have died in California because of drought, insect infestations, and disease.  The underlying cause of these factors is climate change.

If you care about climate change, please join us in this effort to create a grant program that will expand our urban forests and reduce the greenhouse gas emissions that are causing climate change.  Restrictions against planting non-native trees must be removed from grant guidelines in order to increase our tree canopies in California’s urban environments.

Update:  Final guidelines for California State Urban Greening grant applications were published on March 1, 2017, and are available HERE.  That program will distribute $76 million to cities that reduce greenhouse gas emissions by planting trees or reducing fossil fuels emissions.  The deadline for grant applications is May 1, 2017.  There will be a workshop for applicants at the Lake Temescal Beach House (6500 Broadway, Oakland) on March 27, 2017.

Final guidelines reflect the public’s opposition to prohibiting the planting of non-native trees, which would have severely limited the number of trees that would survive.  Native trees have specific horticultural requirements that limit the places where they can be planted.

Update #2:  The California Invasive Plant Council has published the proposed revision to its list of “invasive” species.  There were about 200 plants on the existing list.  Now they propose to add another 99 species.  Ten of those species are added based on their current impacts in California.  One of the ten is a tree (glossy privet).  87 of the species are proposed for addition “based on risk of becoming invasive” in the future in California.  Twelve of the 89 potentially invasive plants are trees.

There were 15 trees on the original list of “invasive” species.  That means that the revised list of “invasive” trees will now include a total of 28 trees that cannot be planted by Urban Greening projects that are applying for grant funds.

Personally, I object to the introduction of a new category of 89 plants that are not presently having any “impact” according to Cal-IPC but are predicted to in the future.  These revisions will increase the inventory of “invasive” plants by 50%.  It represents a significant escalation of the crusade against non-native plants in the California.

Nativist bias is not entirely absent from the revised guidelines for the Urban Greening program.  Applicants are required to explain why they plan to plant non-native trees.  However, applicants are also required to have a certified arborist or comparable horticultural expert certify that the plant list is appropriate to the planting location.  Hopefully, that will prevent the wasteful planting of native trees where they will not survive.

I am still recovering from a bad bout of pneumonia.  I spent a month in bed with little energy to do anything but look out the window.  Fortunately, that means that I was looking through the branches of my Coast Live Oak all day.  As the sun moved in the sky from the East to the West, the illumination on the tree branches changed the perspective.  In the late afternoon, when the light comes from the West, the deeply creviced bark of the tree was high-lighted.

The birds are busy this time of the year, finding their nesting partners, staking out the territory for their nest and building it, then hunting for the insects that their nestlings require when they are young.  Even birds that will be primarily fruit and seed eaters as adults are fed insects as babies because they need the high quality protein.  Their activity in the tree contributed to my peaceful view.

I don’t know how much of a role this scene played in my recovery.  What I know is that it was the only source of pleasure in what was otherwise an unpleasant episode in my life.

“A Year in Trees”

I hadn’t planned to tell this personal story until reading an op-ed in the New York Times on Sunday, April 6, 2013, entitled “A Year in Trees.”  The author, Bill Hayes, tells us about the important role that the trees surrounding his apartment in New York City played in his recovery from his grief from the loss of his long-time partner in life.

The species of the trees that were visible in the windows of his apartment was Tree of Heaven (Ailanthus altissima), a non-native tree that is despised by native plant fans who consider it an invasive weed.  This judgment did not influence Mr. Hayes’ appreciation for the trees, though he acknowledges that opinion.

Mr. Hayes watched those trees through their seasonal changes for the year he spent in that apartment, just as I watched my tree during the month I spent in bed.  He called it “Tree TV.”

One particular episode in that year of those trees illustrated the role they played in the healing of his profound grief:

“…during a ferocious thunderstorm, I’d just managed to escape, I found the boughs being tossed about like rag dolls.  The branches thrashed violently—whipping back and forth, slamming against the windows with a thud, sliding down slowly before being lifted aloft again.  I was riveted.  The trees, clearly overmatched by the combination of winds, rain and lightning were not fighting this storm but yielding to it.”

The trees were a metaphor for the final stage of grief, acceptance or a yielding to the sorrow that incorporates it into your life.  They were also a reminder of our resilience.

Scientific verification of the healing power of trees

These anecdotal stories are probably only meaningful to those who have had the experience.  However, there is much scientific evidence that these experiences of the healing power of trees are in fact universal.  We have reported several such studies in an earlier post.

Now there is a new study which used a different technique to test the affect that trees have on people:

“New research out of Edinburgh [Scotland] supports the idea that spending time in green spaces with trees reduces stress and brain fatigue.  What makes this study different from earlier research is that it looks at real-time data from the brains of people while they were actually outside, moving through the city and the parks.  The study makes use of a recently developed lightweight, portable version of the electroencephalogram, a technology that studies brain wave patterns.” *